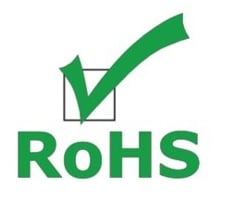 RoHS, or the Restriction of Hazardous Substances Directive EU/2015/863 is required on many electrical and electronic devices, as well as component parts and materials. It is considered a CE marking directive and is part of the basic compliance process for the European Union.

D.L.S. can provide a detailed RoHS review of components that make up the devices or equipment to ensure compliance with the RoHS Directive, now a CE Marking directive. All products that would bear the CE mark for commerce in the European Union must comply with this directive. This requirements requires equipment, packaging and accessories supplied by the equipment to be complaint to the directive.

The RoHS directive has changed several times, and there are no grandfather clauses on new products placed on the market in the European Union.

The Restriction of Hazardous Substances Directive, or RoHS, was first adopted European Union as Directive 2002/95/EC in 2003 (taking effect in 2006) and was established to reduce the use of various hazardous substances in electric and electronic equipment. Since then, additional requirements have been added, such as thermoplastics.

This update did not change the restricted substances, but did remove several exemptions, such as medical equipment from the directive. It also confirmed the need for compliance to bear the CE mark.

The current version of the EU/2015/863 is commonly known as RoHS 3. This latest amendment pertains to all non-exempt products placed on the market on or after July 22, 2019.

The most significant change to this iteration is the restriction of four additional phthalates – specifically,

For a detailed analysis by the D.L.S. technical staff to show compliance for the CE Mark and the RoHS directive, click here for a quote request.